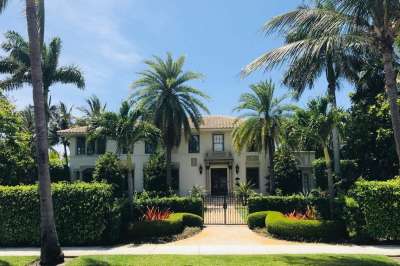 West Palm Beach is another coastal city success story in South Florida. Originally it was developed as a place for the service people working on Palm Beach Island for the Gilded Age millionaires to live. Then came the Florida Land Boom of the 1920s and thousands of people migrated south to stake their claim to property in the Sunshine State. The good times did not last long and a hurricane in 1926 leveled a large portion of the area. I was fortunate enough to live in one of the developments built in the 1920s in a two Spanish Colonial house built in 1926. It used to have a two-story cottage in the back yard for the maid, but that was destroyed during the hurricane and only the main house remained. In the early 2000s, the historic neighborhoods in West Palm Beach were realized for the unique style and historic importance. Old Northwood, El Cid, Northwood Shores and several other historic neighborhoods exploded in value. My house value went up 50% in one year and I decided to sell and move to Fort Lauderdale. Those neighborhoods are still very popular and expensive. Most of the new development in West Palm Beach is West of Interstate 95. You can still find great deals out West and have the benefit of living only a short drive from City Place and historic downtown area around Clematis Street. West Palm Beach is one of my favorite coastal cities and I think most residents agree.