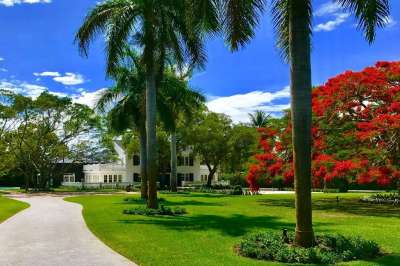 Delray Beach has become one of Palm Beach Counties hottest destinations. Mostly due to the vast array of fine dining and high-end shops along Atlantic Avenue East towards the beach. It was not more than two decades ago that much Eastern part of the city was neglected and filled with low cost rental houses. Several pioneering restaurateurs saw the potential for Atlantic Avenue to become a dining destination. They’re hard worked pioneered the revitalization of Delray Beach’s scenic downtown area and helped pave the way to people recognizing the staggering beauty of its historic homes. Delray Beach has a host of colorful historic homes, cottages and even mansions along the area of Swinton Avenue. Most have been lovingly restored and the whole downtown area is awash with the old-world charm. The most recent changes have been the development of huge luxury suburban gated communities out West of Interstate 95.