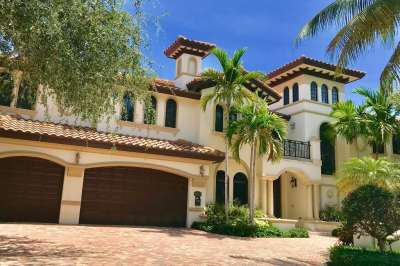 Coral Ridge is easily one of the most desirable neighborhoods in Fort Lauderdale. There are some rental buildings on the perimeter, but the bulk of the neighborhood is made up of upscale homes. The Northern section was developed around the Coral Ridge Country Club which was designed by famous golf course designer Robert Trent Jones. The golf course is surrounded by much larger estate homes often built in styles that you would normally find in the Northeast. The most expensive homes are located along the canals that lead to the Intracoastal Waterway. Coral Ridge point lot waterfront homes can run over $20 million plus and are usually bought by yacht owners that have large boats. It is only a short cruise to Port Everglades so boaters can gain easy access to the ocean. The mature trees and manicured lawns give you a feeling of an upscale East Coast neighborhood.