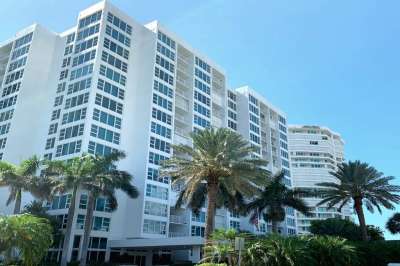 Ocean Colony was built in 1970 directly on the sand in Lauderdale by the Sea. The 16-story complex has just over 200 condo units ranging is size from 1100 to 1400 square feet. Prices range from $300k to $400k depending on view, renovations completed and square footage. Prices are a bargain compared to many of the buildings that surround it. You are still located just a few minutes walk to restaurants, shops and nightlife but for a lot less money. Ocean Colony also looks newer than some other buildings because of the blue tinted glass and white stucco. Most people think it was built much later than 1970.